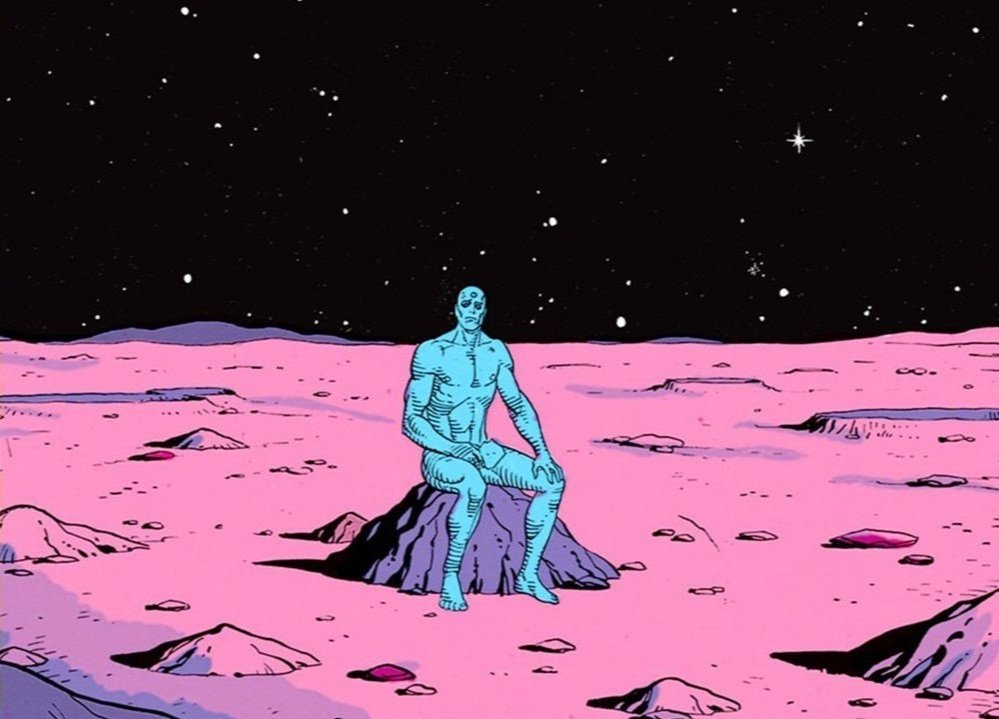 Last week, The Centre for Male Psychology published an abridged version of my undergraduate literature review on Alan Moore’s Watchmen in their Male Psychology Magazine. The essay has been modified to focus on academic analysis of masculinity and identity in…

END_OF_DOCUMENT_TOKEN_TO_BE_REPLACED 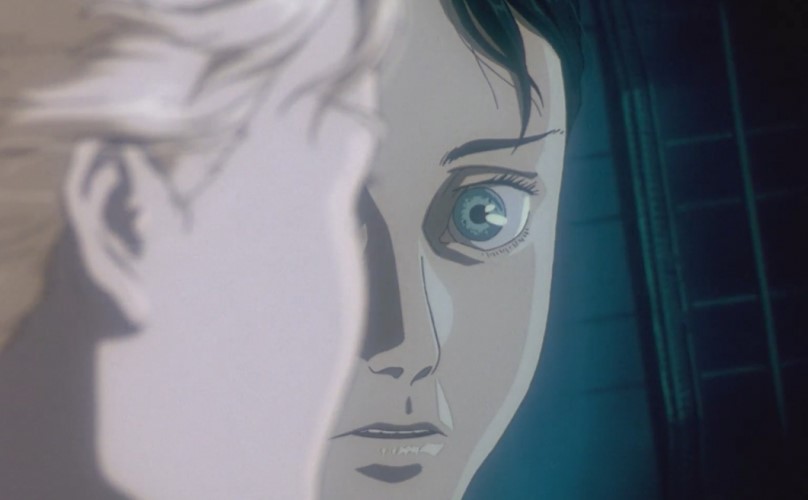 Shells, Ghosts and the God Left Out of the Machine: Part II – Philosophy & Gnosticism Within Transhumanism & Mamoru Oshii’s Ghost in the Shell

Read Part I: Shells, Ghosts & The God Left Out of the Machine: A Literature Review.

Ghost in the Shell (1995) has often been interpreted under dualistic terms; an example of cyberpunk’s perpetuation of the Cartesian separation between mind and matter. When examining the transhumanist ideology underlying the film, however, a more esoteric form of dualism emerges, indicating something significantly more interesting than a mere regurgitation of Cartesianism. In line with claims that the philosophical basis of transhumanism consists in a religious sub-structure, which critics have named a modern-day ‘techno-Gnosticism’, religious imagery and motifs are evident within the film. The claim that Gnosticism underlies transhumanism is supported by the presence of Gnostic philosophy within Ghost in the Shell and its engagement with transhumanist themes, and additionally by demonstrating that other philosophical paradigms accredited to transhumanism, and to Japanese animé in general, are insufficient for explaining the existential and spiritual anxieties the film represents.

END_OF_DOCUMENT_TOKEN_TO_BE_REPLACED 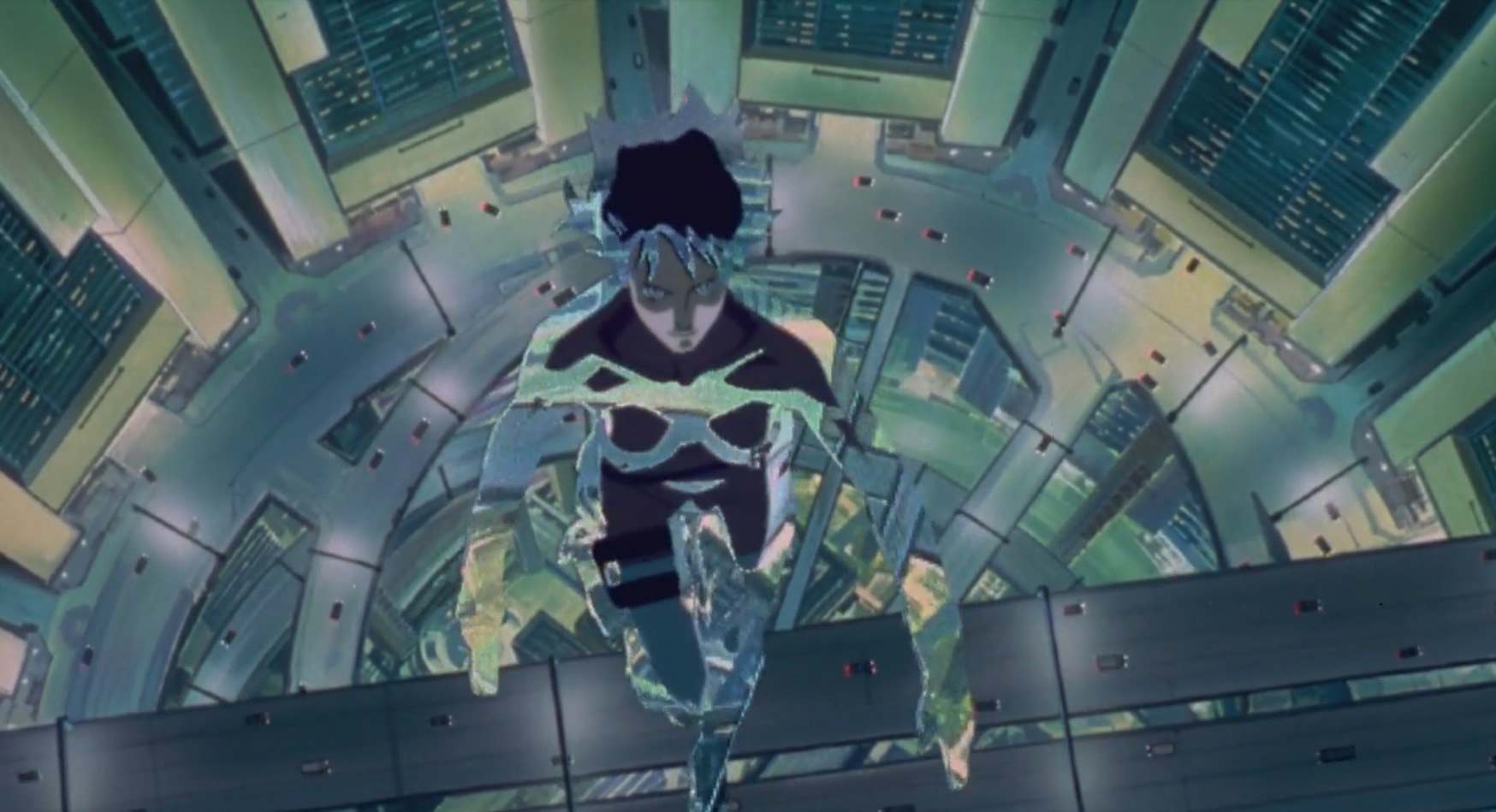 Shells, Ghosts & The God Left Out of the Machine: Part I

The following is a literature review to support an essay on how Mamoru Oshii’s Ghost in the Shell (1995) engages with philosophical and religious themes underlying transhumanism and the cyberpunk genre.

Read Part II: Shells, Ghosts and the God Left Out of the Machine: Philosophy & Gnosticism Within Transhumanism & Mamoru Oshii’s Ghost in the Shell.

“I teach to you the Overhuman. The human is something that shall be overcome. What have you done to overcome it?

All beings so far have created something beyond themselves: and you want to be the ebb of this great flood and even go back to the beasts rather than overcome the human?”

With the rapid development of technologies such as bioengineering, nano-technology, virtual reality and artificial intelligence, radical changes to the human condition are taking place. Such changes are embraced by proponents of transhumanism (Bostrom, 2005) – sometimes interchangeable with ‘posthumanism’ (Terranova, 2001) – who encourage the utilisation of these technologies to free humanity from biological limitations (Fukuyama, 2004). Transhumanist advocates support the acceleration of human evolution by means of science and technology, free from religious creed and dogma (Terranova, op cit.).

END_OF_DOCUMENT_TOKEN_TO_BE_REPLACED 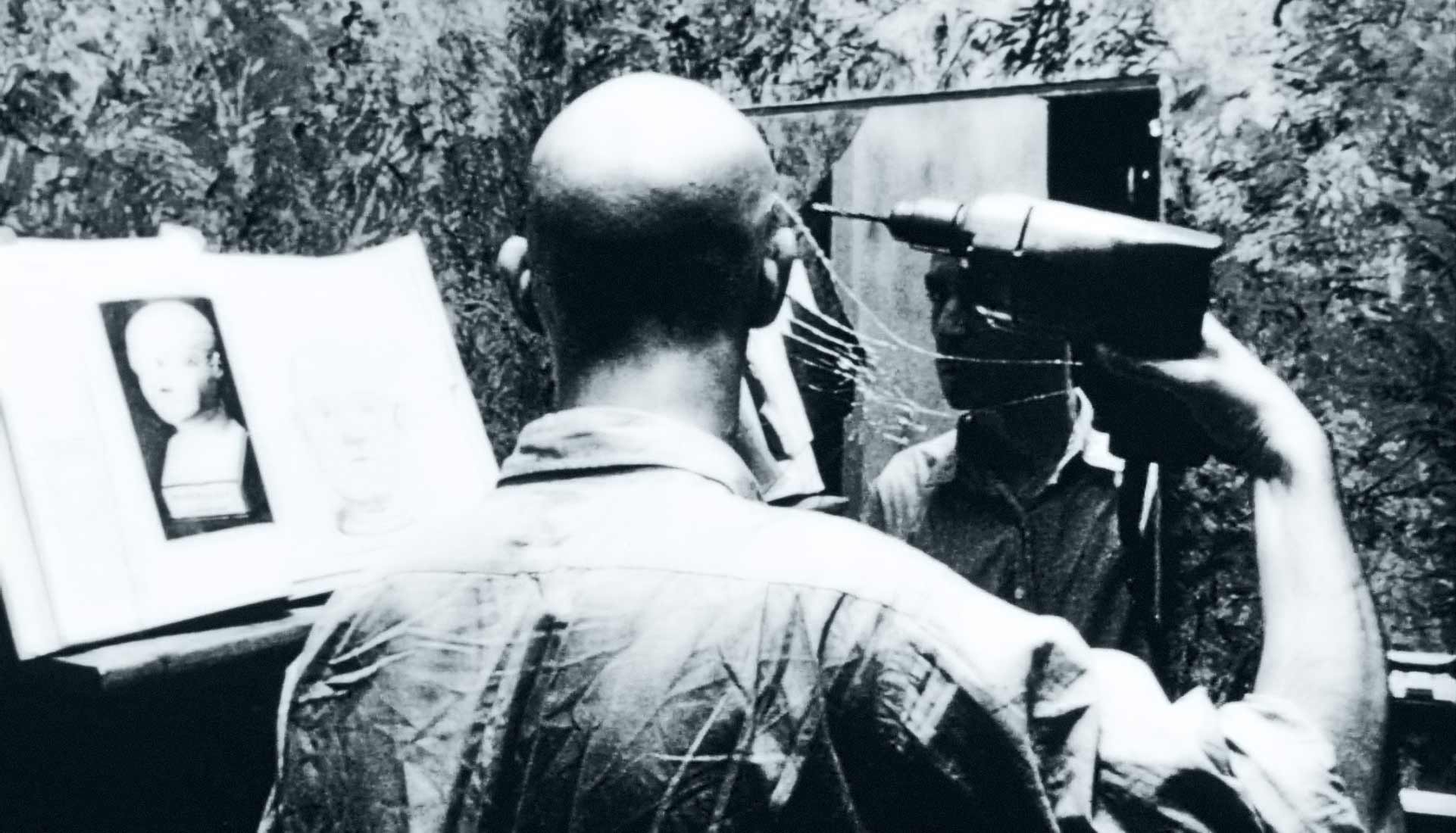 Darren Aronofsky’s psychological thriller Pi (1998) is notable for its use of puzzle and mind-game film storytelling techniques. The film follows protagonist Max Cohen (Sean Gullette), a mathematical genius and anxiety-ridden paranoiac, as he attempts to decipher a hidden pattern which underlies reality. Reflexively, his journey and the film’s structure itself take on the form of a pattern; a dynamic between chaos and order in the gaining of knowledge, and conflict with entities intent in exploiting this knowledge. This essay argues that Pi’s use of puzzle mind-game storytelling highlights issues surrounding authoritarian institutions, such as corporate capitalism and organised religion, and their attempts to exert power over the individual. This exercise is codified in the oscillation of Max’s psychological state from chaotic to orderly, and a continuous shifting between power and disempowerment. Also emergent in this analysis are issues of competing definitions of power and ideas of how it may be overcome.

END_OF_DOCUMENT_TOKEN_TO_BE_REPLACED

Is there a place for utopia? Frederic Jameson has claimed that in a postmodern world, we hold a deep suspicion towards utopian ideals (1991 cited in Vieira, 1993). Scepticism towards the possibility of utopia can be found within the term ‘utopia’ itself; coined in 1516 by Thomas More, it is taken from the Greek ou-topos meaning “no place”. Jameson also argues that under closer analysis, the impulse towards utopianism can still be pulled out from postmodern artefacts, thereby illuminating the human unwillingness to abandon utopianism despite such widespread suspicion. Author and media theorist Douglas Rushkoff has openly advocated for utopian ideals, particularly giving credence to the potential of technology to further our social, political and spiritual progression. This essay will lay out Rushkoff’s strand of technological utopianism, offering an analysis of its dystopian counterpart found in Do Androids Dream of Electric Sheep? by Philip K. Dick, while also addressing the paradoxical nature of our relationship to the utopian impulse and the unavoidable ontological implications of this.

END_OF_DOCUMENT_TOKEN_TO_BE_REPLACED 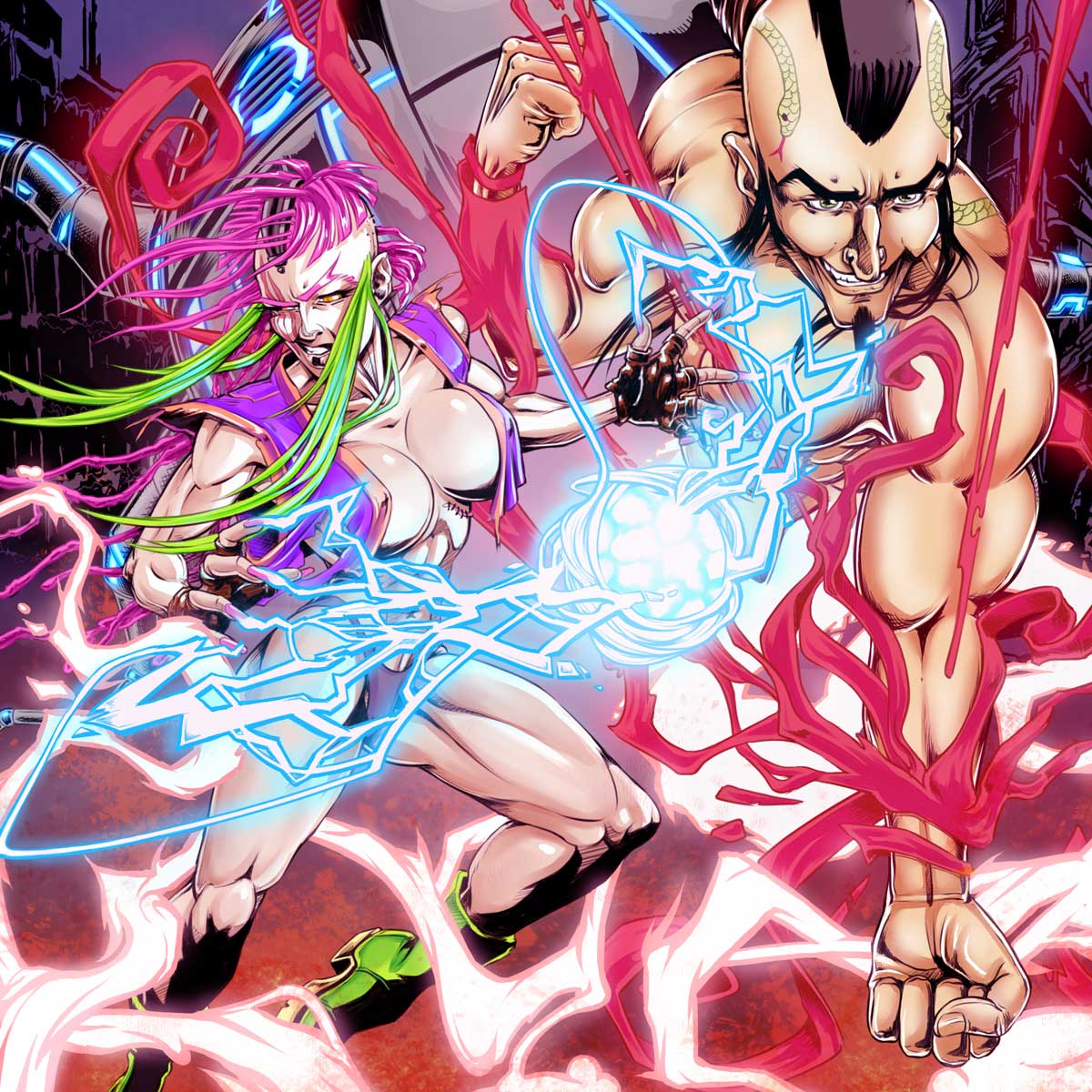 It’s been nearly two years since I properly updated my site and blog. Since then I’ve ran a second successful crowdfunding campaign for my cyberpunk comic Reality Hackers, this time on Indiegogo.

END_OF_DOCUMENT_TOKEN_TO_BE_REPLACED 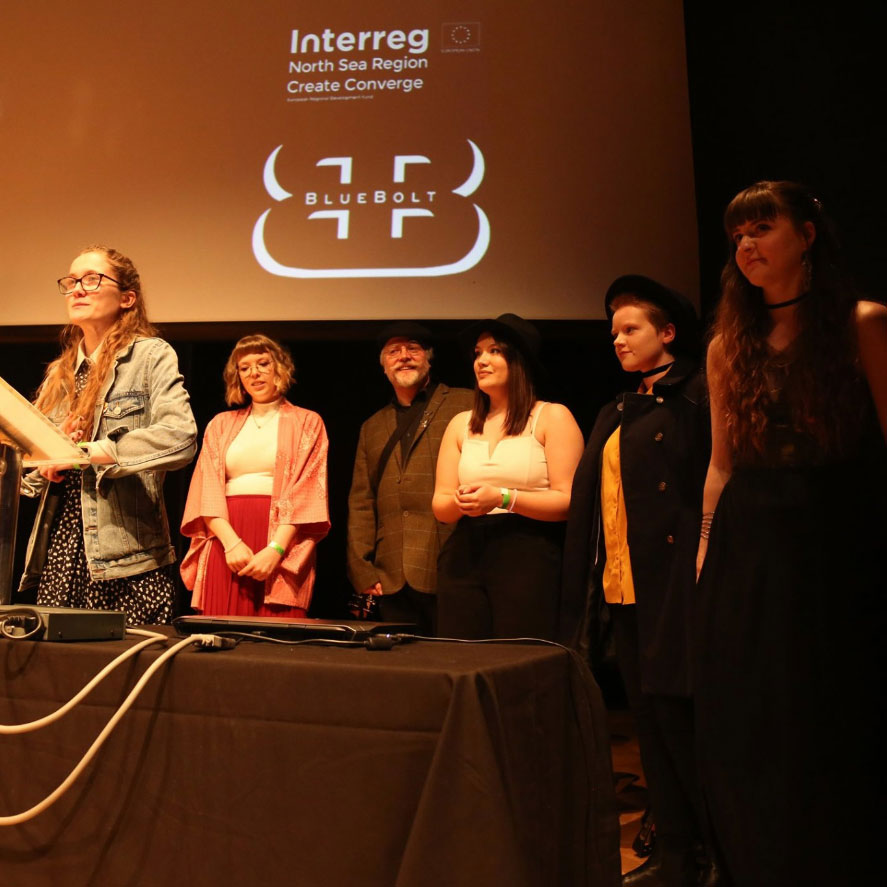 This month I attended my final degree show and the Animation Exposé at the University of Hertfordshire. A selection of the best final year projects across all four pathways of the UH Animation degree program were showcased to staff, students and industry professionals.

END_OF_DOCUMENT_TOKEN_TO_BE_REPLACED 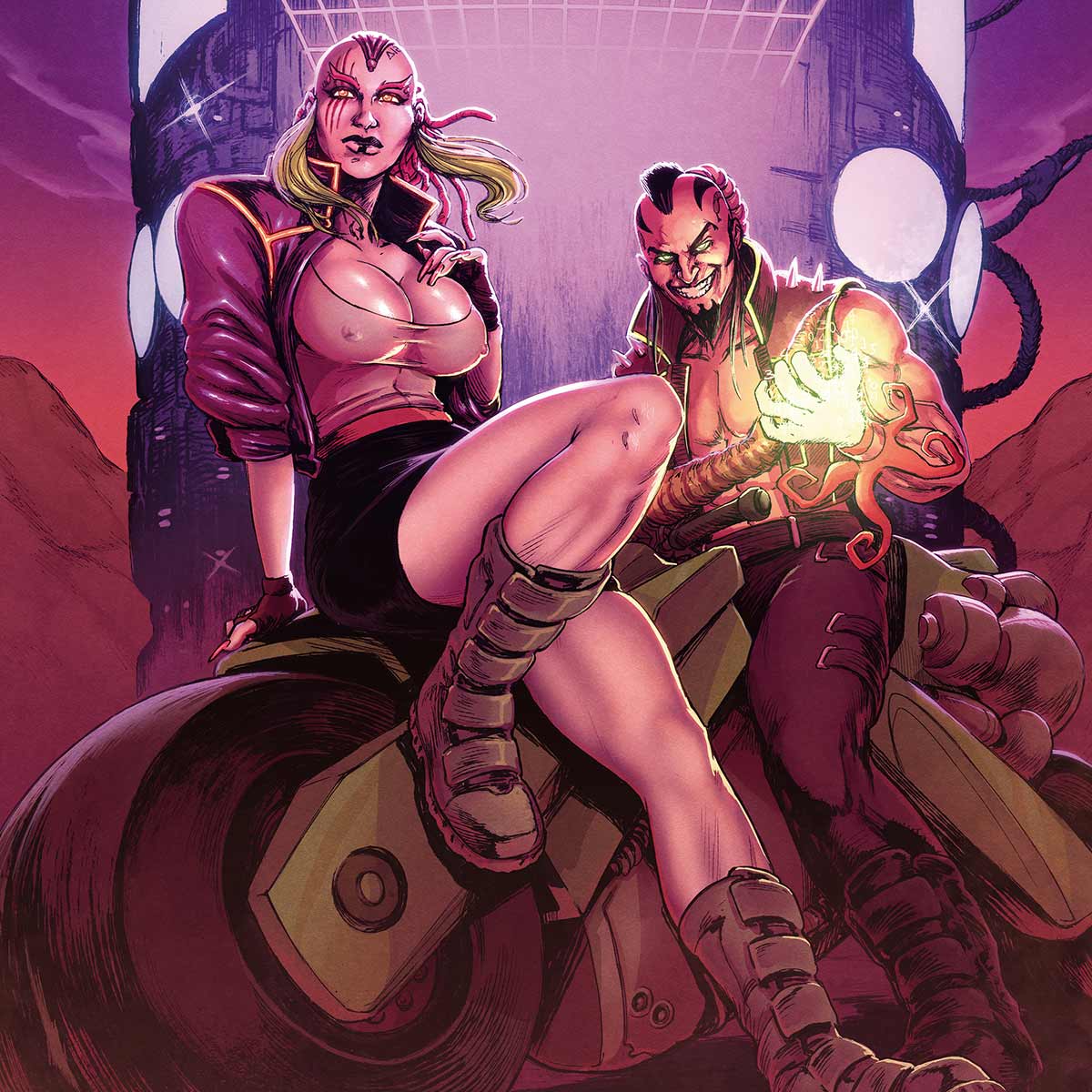 Within just seven days of launching the Kickstarter campaign for my cyberpunk comic Reality Hackers, we hit the funding target! This was my first attempt at launching a crowdfunding campaign. I’ll be honest – at first I wasn’t sure if…

END_OF_DOCUMENT_TOKEN_TO_BE_REPLACED 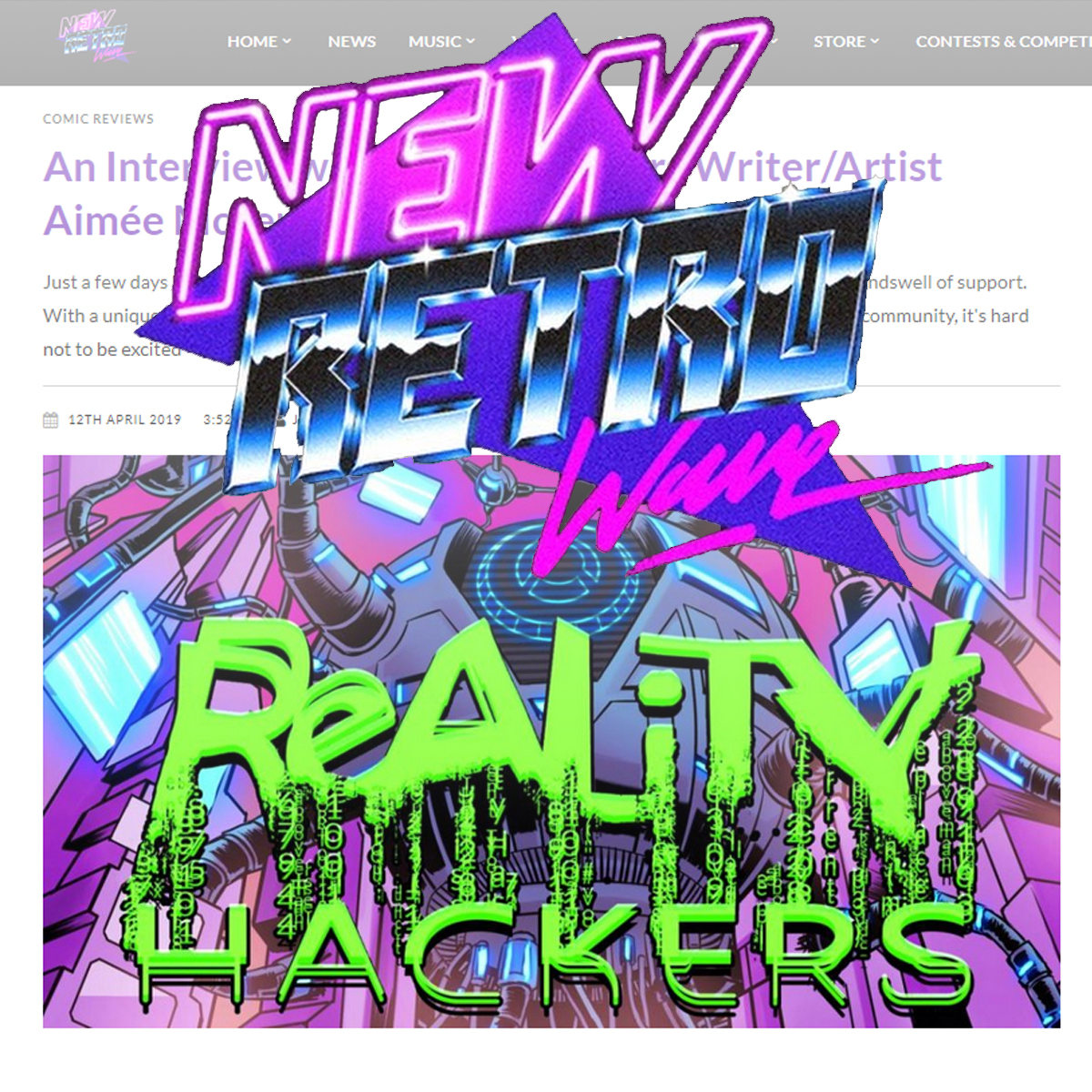 Recently I did an interview with Joey Edsall for NewRetroWave.com. We talked about my cyberpunk comic Reality Hackers and the Kickstarter campaign for issue #1. I talked about my influences, my creative process and what to expect from issue 1…