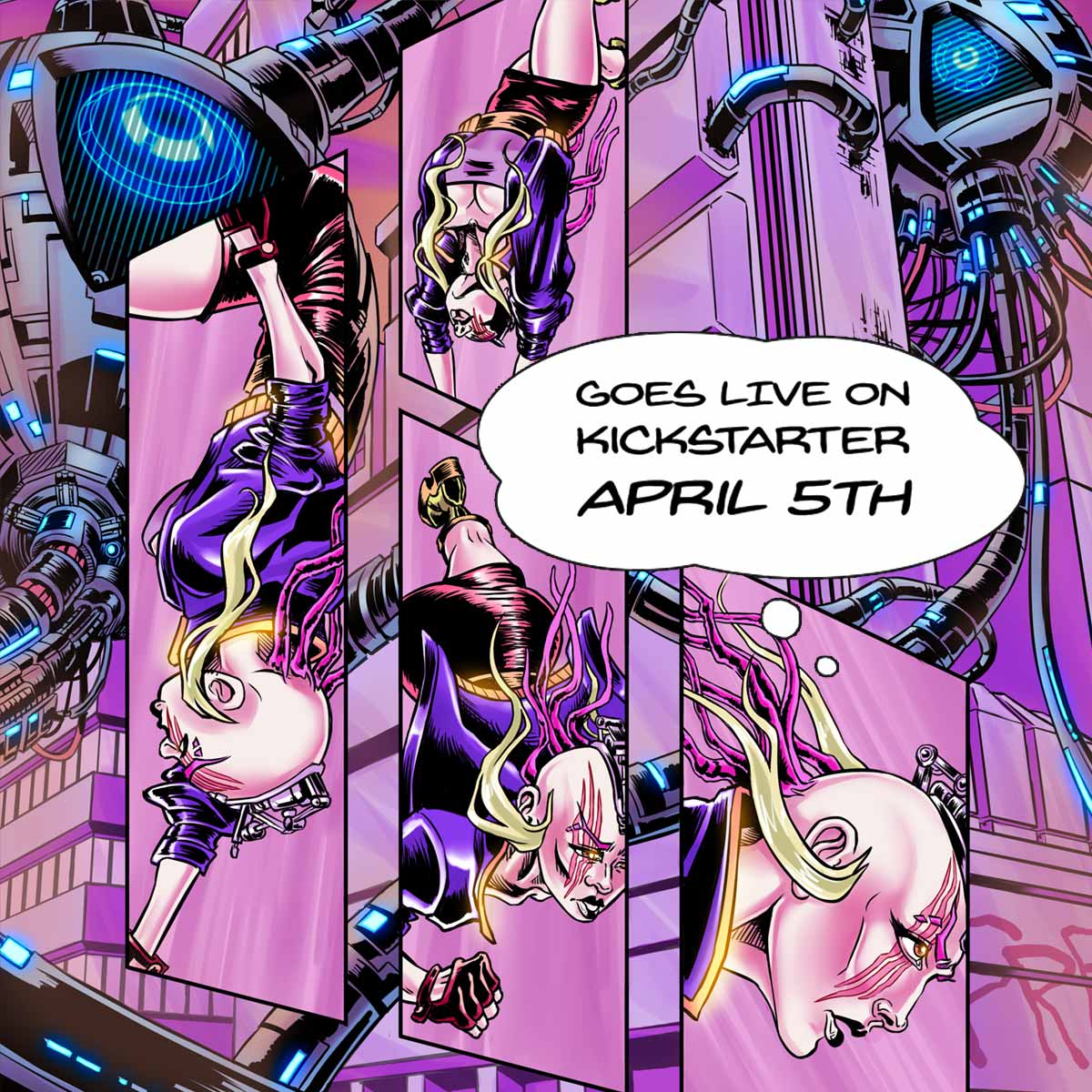 On April 5th 2019 I will be launching a Kickstarter campaign for my cyberpunk comic Reality Hackers. The campaign will raise money to print the first issue, as well as offer some cool extra goodies! I’ll also be spending March releasing teasers of the story-line, character biographies and more.

This project is one of those really big, grand-scale and epic stories that I’ve had in my mind and been chipping away at for quite a few years now. It’s a dystopian sci-fi story with heavy influences from late 1980’s / early 1990’s cyberpunk, along with elements drawn from psychedelic counter-culture, and focuses on a group of Mad Max-styled biker-hackers who realise they can manipulate the structure of reality and try to take over the world, while their main artificially intelligent nemesis – the C.O.R.E. – tries to do the same.

As a cyberpunk comic series, there will of course be a focus on the advancing human relationship to technology. However, my biggest interest is more in the realm of how transhumanism affects us psychologically and spiritually. My characters ultimately undergo several forms of psychotropic introspection, and a few dark nights of the soul for good measure. I’ve also explored these themes in my university dissertation, which I’ll be writing more about in a future post.

I drew the first part of Reality Hackers a few summers ago. They were in black and white, and I was never totally happy with them.

I worked on the script sporadically, trying to incorporate different philosophies based on my own life journey and evolving interests. This left it feeling a bit too all over the place and not a solid story. I didn’t feel like I could publish it in that state. Some of the panels were kind of cool though.

Last Summer, as part of my B.A. in 2D Animation & Character for Digital Media at the University of Hertfordshire I began reformulating the concept from its foundations, creating a new, more refined script. As a result, I ended up with a shorter prologue. This arc explores the world my characters inhabit, and the more specific message I want to communicate. I developed the characters and premises, and ditched some of the less interesting aspects of the original story. The artwork has also improved dramatically! I may still reuse and redraw some of the original artwork in later issues, though.

If you are a fan of cyberpunk and comics, and want to support Reality Hackers, follow my Twitter, Instagram or Facebook for updates leading up to the release date of the campaign. Let’s hack this shiz!

Aimée is an artist from Belfast, Northern Ireland, currently residing in the Midlands of England. She enjoys drawing, watching movies and drinking tea. She writes and draws cyberpunk comic Reality Hackers. 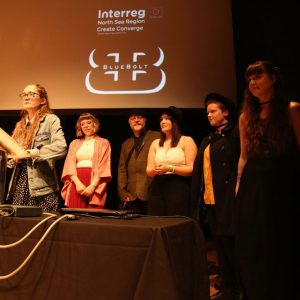 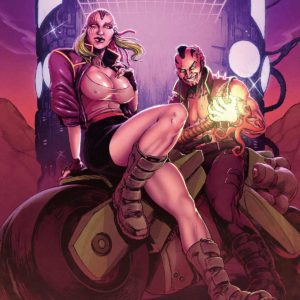